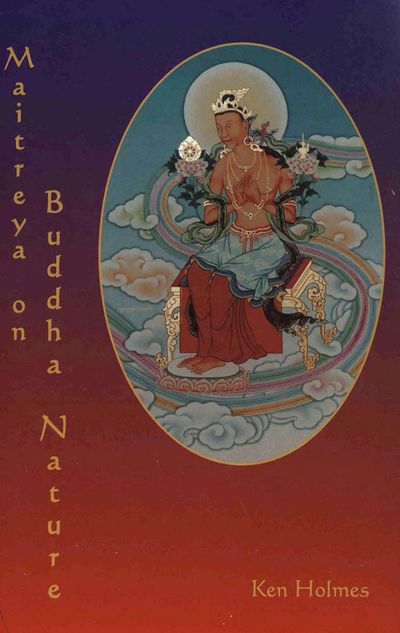 During the last years of his life, Buddha Sakyamuni revealed the deepest of his teachings, in what we now call the Third Turning of the Wheel of Dharma. These show the heart nature of every one and every thing to be the sublime perfection of enlightenment. This unrecognized inner essence is known as buddha nature. To discover it completely is to become a Buddha, with all a Buddha's qualities and power to help others. But what, really and truly, is a Buddha? What lies at the heart of the Buddha's teachings, the dharma? What is it that illuminates the Buddhist saints of the sangha? These and many other questions are answered in precise and beautiful poetry by Asanga, in his great classic, the Mahayana Uttara Tantra, which has become one of the most important doctrinal texts of Tibetan Buddhism.

This new and refreshingly accessible translation is accompanied by a commentary based on the explanations of the most learned contemporary masters of the Kagy Tradition. It provides an introduction for those new to buddha nature as well as a major and essential reference work, to which one can return again and again for inspiration and guidance.

Ken and Katia Holmes offer a new English translation of the root verses of the Ratnagotravibhaga with their own commentary focused on advice to those interested in engaging in a path of practice.
More on this item Close

tridharmacakrapravartana - Three successive stages of the Buddhist teachings. Though they are traditionally attributed to the historical Buddha, modern scholarship tends to view them as developmental stages that occurred over the course of an extended period of time, with interludes of several centuries, in which we see major doctrinal shifts often based on seemingly newly emergent scriptural sources. Skt. त्रिधर्मचक्रप्रवर्तन Tib. ཆོས་འཁོར་རིམ་པ་གསུམ་