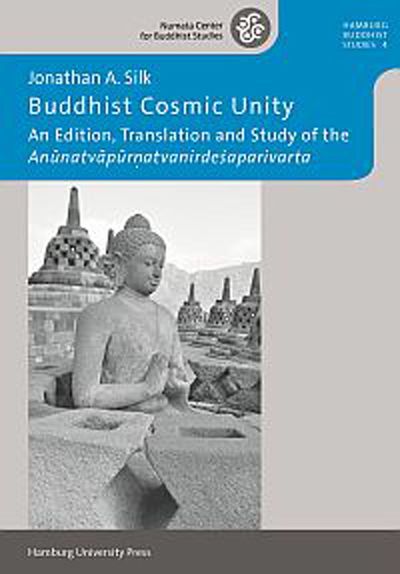 The Anūnatvāpūrṇatvanirdeśaparivart is a short Mahāyāna sūtra extant in its entirety only in Chinese translation. To judge from its use as a proof-text in the seminal philosophical treatise Ratnagotravibhāga, which quotes roughly half of the sūtra, it is a fundamental scripture expressing ideas about the unitary nature of saṁsāra and nirvāṇa, and each individual’s innate capacity for awakening, called in this text and elsewhere ‘tathāgatagarbha,’ ‘embryo of the tathāgatas.’
Although the text has hitherto drawn the attention primarily of Japanese scholars, this is the first critical edition of the sūtra, aligning its Chinese text with the available Sanskrit, offering a richly annotated English translation, a detailed introduction which places the work in its historical and doctrinal context, and a number of appendices exploring key notions, providing a reading text shorn of annotation, and enumerating the prolific quotations of the work found in Chinese Buddhist literature. This volume is thus an important contribution to studies of developing Mahāyāna Buddhism, Buddhist doctrine and the textual history of scriptures.
(Source: Hamburg University Press)

Jonathan Silk's Buddhist Cosmic Unity: An Edition, Translation and Study of the Anūnatvāpūrṇatvanirdeśaparivarta is the first study of a tathāgatagarbha sūtra that exists only in Chinese translation, although it was known to Tibetans through extensive quotations in the Ratnagotravibhāga. In addition to an informative introduction, Silk provides six appendices on philological puzzles such as the term amuktajña and the reputed author of the Ratnagotravibhāga as understood by the Chinese, whether it should be rendered Sāramati or Sthiramati (Silk concludes that there is not enough evidence to decide).

The basic structure of the sūtra is a refutation of wrong views, chief among them the question as to whether the number of sentient beings increases or decreases (hence the title of the text: the No-Increase No-Decrease Sūtra). The incorrect assumption is that when a being attains enlightenment the number of ordinary beings decreases as that individual dissolves into nothing. The authors explain why this is not the case using the concepts of dharmakāya and tathāgatagarbha. The first is understood as the absolute nature of reality that is the quintessential nature of all beings. It appears as pure (in the body of a buddha), mixed pure and impure (in the bodies of bodhisattvas), and impure (in the rest of us). The nature is the same; the appearance is purely subjective. The text thus conflates dharmakāya with tathāgatagarbha, although in a way that Silk admits is obscure. He summarizes as "the three modes are nothing more than modalities of the embryo of the tathagatas, variously related to the ultimate Reality." As one would expect with a study of a tathāgatagarbha text, Silk addresses (using Zimmerman for support) the ambiguity of whether tathāgatagarbha means beings "contain a seed / serve as a womb of a tathagata" or, as Silk puts it, "the quintessence of beings is to contain a tathagata; their nature is to be loci for future buddhas." This latter sense, Silk maintains, is how the concept is understood by the sūtra.
More on this item Close

Anūnatvāpūrṇatvanirdeśaparivarta
The doctrine of buddha-nature in Chinese Buddhism

One of the sūtra sources for the Ratnagotravibhāga, which is only extant in its Chinese translation.

bīja - A seed, commonly used figuratively in the sense of something which has the potential to develop or grow, and likewise as the basic cause for this development or growth. Skt. बीज Tib. ས་བོན་ Ch. 無漏種