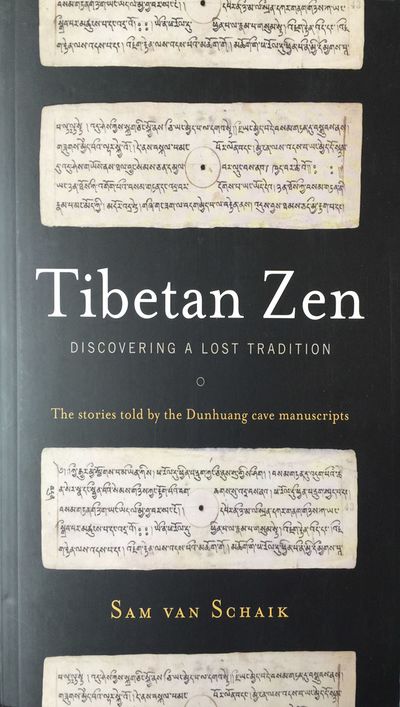 Until the early twentieth century, hardly any traces of the Tibetan tradition of Chinese Chan Buddhism, or Zen, remained. Then the discovery of a sealed cave in Dunhuang, full of manuscripts in various languages dating from the first millennium CE, transformed our understanding of early Zen. This book translates some of the earliest surviving Tibetan Zen manuscripts preserved in Dunhuang. The translations illuminate different aspects of the Zen tradition, with brief introductions that not only discuss the roles of ritual, debate, lineage, and meditation in the early Zen tradition but also explain how these texts were embedded in actual practices. (Source: Shambhala Publications)

A series of pieces of Dunhuang Manuscripts are translated in this book.
More on this item Close

Email us to contribute
Site Guide
To top
Retrieved from "https://buddhanature.tsadra.org/index.php?title=Books/Tibetan_Zen&oldid=40152"
Categories:
Buddha-Nature