< Books(Redirected from Transmission of Light (Denkoroku): Zen in the Art of Enlightenment) 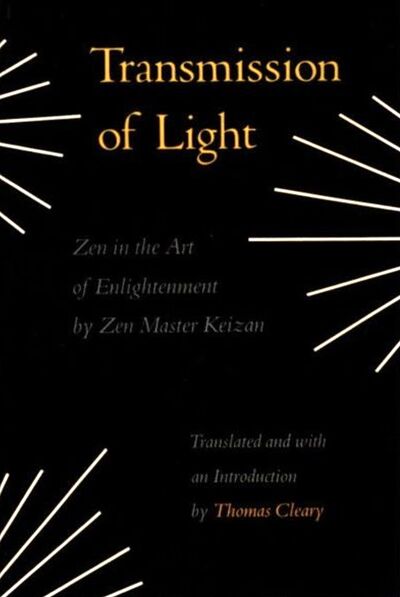 A translation of the classic Denkoroku by one of the premier translators of Buddhist and Taoist texts illustrates how to arrive at the epiphanic Zen awakening known as satori.

The essential initiatory experience of Zen, satori is believed to open up the direct perception of things as they are. "Even if you sit until your seat breaks through, even if you persevere mindless of fatigue, even if you are a person of lofty deeds and pure behavior, if you haven't reached this realm of satori, you still can't get out of the prison of the world." Deliberately cultivated and employed to awaken the dormant potency of the mind, satori is said to be accessible to all people, transcending time, history, culture, race, gender, and personality.

Attributed to the thirteenth-century Zen Master Keizan (1268–1325), Transmission of Light (along with The Blue Cliff Record and The Gateless Barrier) is one of three essential koan texts used by Zen students. Techniques for reaching the enlightening experience of satori are revealed through fifty-three short tales about the awakenings of successive generations of masters, beginning with the twelfth-century Zen master Ejo, dharma heir to Dogen.

The translator's introduction establishes the context for Transmission of Light within the Zen canon and elucidates central themes of the work, including the essential idea that genuine satori "is not the end of Zen; it is more properly the true beginning." (Source: Shambhala Publications)

The doctrine of buddha-nature in Japanese Buddhism
Zen - Chan

The wikipage input value is empty (e.g. <code>, [[]]</code>) and therefore it cannot be used as a name or as part of a query condition.