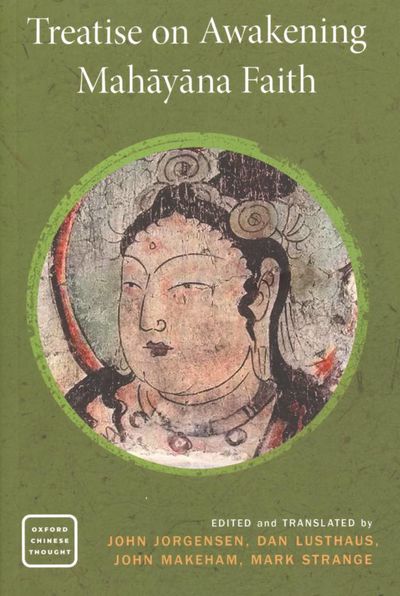 Dasheng qixin lun, or Treatise on Awakening Mahāyāna Faith has been one of the most important texts of East Asian Buddhism since it first appeared in sixth-century China. It outlines the initial steps a Mahāyāna Buddhist needs to take to reach enlightenment, beginning with the conviction that the Mahāyāna path is correct and worth pursuing. The Treatise addresses many of the doctrines central to various Buddhist teachings in China between the fifth and seventh centuries, attempting to reconcile seemingly contradictory ideas in Buddhist texts introduced from India. It provided a model for later schools to harmonize teachings and sustain the idea that, despite different approaches, there was only one doctrine, or Dharma. It profoundly shaped the doctrines and practices of the major schools of Chinese Buddhism: Chan, Tiantai, Huayan, and to a lesser extent Pure Land. It quickly became a shared resource for East Asian philosophers and students of Buddhist thought.

Drawing on the historical and intellectual contexts of Treatise's composition and paying sustained attention to its interpretation in early commentaries, this new annotated translation of the classic, makes its ideas available to English readers like never before. The introduction orients readers to the main topics taken up in the Treatise and gives a comprehensive historical and intellectual grounding to the text. This volume marks a major advance in studies of the Treatise, bringing to light new interpretations and themes of the text. (Source: Oxford University Press)

Chinese writings from premodern times constitute a vast body of texts stretching back over 2,500 years, and while Western studies of China have been growing, many riches from the Chinese tradition have remained untranslated or have been given only partial translations, sometimes scattered across multiple publication venues. This situation obviously poses a problem for those who want to learn about Chinese thought but lack the ability to read Chinese. However, it also poses a problem even for scholars who specialize in Chinese thought and can read Chinese, because it is not easy to read across all the time periods and genres in the Chinese corpus. Not only did the Chinese language change over time; but in some genres particular vocabularies are developed and familiarity with certain earlier texts—sometimes quite a large number of texts—is presumed. For this reason, scholars who focus on one tradition of Chinese thought from a given era cannot simply pick up and immediately understand texts from a different tradition of thought in another era. The lack of translations is thus an impediment even to specialists who can read Chinese but wish to learn about aspects of Chinese thought outside their normal purview. Furthermore, scholars are often hampered in their teaching by the lack of translations that they can assign to students, which then becomes a barrier to promoting greater understanding of Chinese history and culture among the general public.
By offering English translations of Chinese texts with philosophical and religious significance, Oxford Chinese Thought aims to remedy these problems and make available to the general public, university students, and scholars a treasure trove of materials that has previously been largely inaccessible. The series focuses on works that are historically important or stand to make significant contributions to contemporary discussions, and the translations seek to strike a reasonable balance between the interests of specialists and the needs of general readers and students with no skills in Chinese. Translators for the series are leading scholars and experts in the traditions and texts that they render, and the volumes are meant to be suitable for classroom use while meeting the highest standards of scholarship.
The present volume, Treatise on Awakening Mahayana Faith, is itself a treasure trove of historical, philosophical, and religious insight. The avowed aim and purpose of the Treatise is to establish faith in the soundness and efficacy of the Mahayana Buddhist path, which it accomplishes in part by setting forth a framework for much of Buddhist metaphysics and psychology, reconciling what had largely been competing views about the nature of mind, consciousness, the buddha-nature, the phenomenal world of arising and ceasing, and the sources of ignorance and falsehood. The Treatise is without question one of East Asia's most influential philosophical and religious texts. From the late sixth century CE to the present day, it has been the subject of over three hundred commentaries and has been invoked by countless Buddhist thinkers as an authority on doctrine and practice. It is often credited with shaping the schools and lineages of Buddhism that are most distinctively East Asian, including Huayan and Chan (in Japanese, Zen). This translation was conducted by a team of leading Buddhologists and specialists in Chinese thought, and is accompanied by a substantial introduction as well as several other supporting tools, including glossaries, that should be of use both to novice learners and established scholars of Buddhism alike. We hope and expect that students and scholars and even nonacademic Buddhist practitioners will find it an indispensable window into some of the most stimulating and important developments in the history ofBuddhism. (Series Editor's Preface)
Dasheng qixin lun 大乗起信論 (Treatise on Awakening Mahayana Faith), (l) trans, attributed to Paramārtha (499-569), T32.1666; (2) trans. Śikṣānanda (fl. 700), T32.1667.
More on this item Close 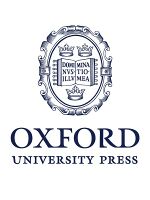 sems nyid - Commonly found in Dzogchen and Mahāmudrā literature, this term denotes the true, natural state of mind as it is. Often used in these traditions as a synonym for buddha-nature. Skt. चित्तत्व Tib. སེམས་ཉིད་

avidyā - Literally "unknowing," it refers to a lack of knowledge or misunderstanding of the nature of reality. As such, it is considered to be the root cause of suffering and the basis for the arising of all other negative mental factors. Skt. अविद्या Tib. མ་རིག་པ་ Ch. 無明