< Books(Redirected from A Buddhist Bible) 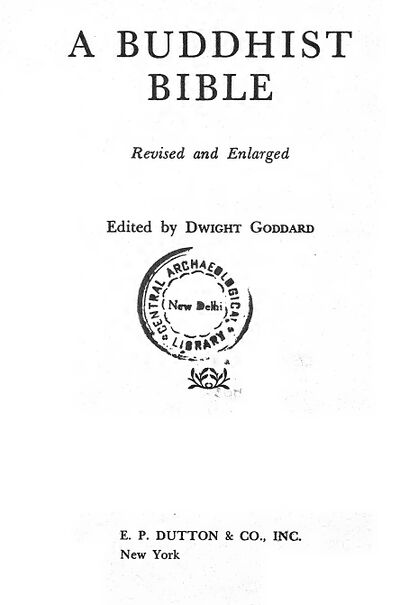 This early Western publication on Buddhism includes mention of the concept of buddha-nature 19 times. Thus this work would have been one of the few English publications at the time to mention buddha-nature by name. What follows is Goddard's preface to the book.

śrāvaka - The disciples of the Buddha who aspire to attain individual liberation or nirvāṇa. The final goal of the Hearers is to become an arhat, a state in which one has totally eliminated the inner problems of attachment, hatred and ignorance, the main causes for rebirth in this cycle of existence. There are four stages of a śrāvaka path including eight phases. Skt. श्रावक Tib. ཉན་ཐོས། Ch. 聲聞

svabhāva - The nature or essence of a thing, which originates only from itself and is not dependent on any external entities, causes, or conditions. Skt. स्वभाव Tib. རང་བཞིན་ Ch. 自性