Nibbāna as True Reality beyond the Debate 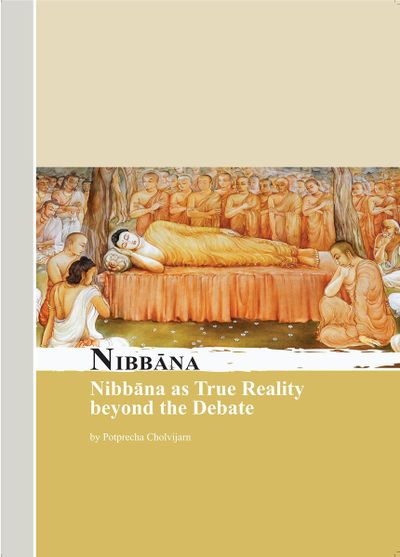 The book concerns the recent debate in Thailand over the nature of nibbāna (nīrvāna), the unconditioned, whether it is attā (self) or anattā (not-self). It is largely based on the thesis submitted to Bristol University published earlier.

Western Buddhist studies, especially of recent years, have assumed that Theravāda Buddhism straightforwardly teaches the doctrine of anattā: that Theravāda Buddhism rejects attā in all respects, including in the ultimate sense. However, as the well-known debate in Thailand, which reached its zenith in 1999, has shown, there appears to be a significant minority of Theravāda monks, respected by significant numbers of Theravāda laity, arguing that nibbāna is attā.

This debate can be seen as a manifestation of the Buddhist controversies over the understanding and implications of the anattā doctrine, but argued in the perspectives of contemporary Thai Theravāda Buddhism. As it was carried out mainly in Thai language publications of various sorts and makes extensive references from Thai version of the Pāli Tipiṭaka, this book is therefore intended to make use of my fluency in Thai language to bring to light and present something of the history and arguments that inform this debate. What I have chosen to do is to present in summary, with comment, two important Thai contributions to the debate, namely, Dhammakāya Case by P.A. Payutto, which argues that nibbāna is anattā, and, The Principle of Examination of Nibbāna-dhātu According to the Words of the Buddha and the Aṭṭhakathā by Phutthathamprathip, which argues that nibbāna is attā.

After comparing this debate to the Tibetan Rang Stong and Gzan Stong dispute, it is concluded that they reveal two similar trends found in the history of Buddhist thought, one positing a substantial absolute beyond all conceptualization, and the other rejecting all kinds of substantial absolute. Both trends are found at various points in the history of Buddhism in different traditions. (Cholvijarn, abstract, iv–v)

Email us to contribute
Site Guide
To top
Retrieved from "https://buddhanature.tsadra.org/index.php?title=Books/Nibbāna_as_True_Reality_beyond_the_Debate&oldid=59825"
Categories:
Buddha-Nature