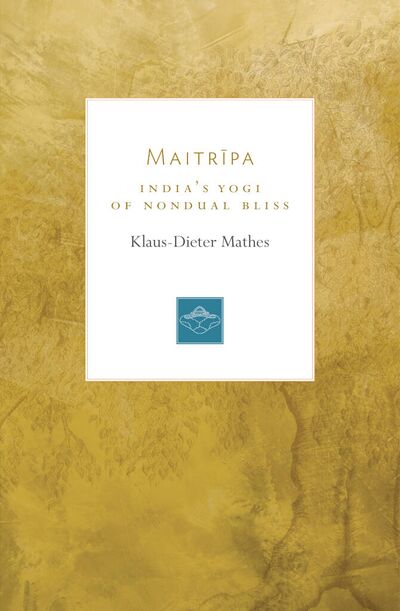 Maitrīpa (986–1063) is one of the greatest and most influential Indian yogis of Vajrayāna Buddhism. The legacy of his thought and meditation instructions have had a profound impact on Buddhism in India and Tibet, and several important contemporary practice lineages continue to rely on his teachings.

Early in his life, Maitrīpa gained renown as a monk and scholar, but it was only after he left his monastery and wandered throughout India as a yogi that he had a direct experience of nonconceptual realization. Once Maitrīpa awakened to this nondual nature of reality, he was able to harmonize the scholastic teachings of Buddhist philosophy with esoteric meditation instructions. This is reflected in his writings that are renowned for evoking a meditative state in those who have trained appropriately. He eventually became the teacher of many well-known accomplished masters, including Padampa Sangyé and the translator Marpa, who brought his teachings to Tibet.

Drawing on Maitrīpa’s autobiographical writings and literary work, this book is the first comprehensive portrait of the life and teachings of this influential Buddhist master. Klaus-Dieter Mathes also offers the first complete English translation of his teachings on nonconceptual realization, which is the foundation of Mahāmudrā meditation. (Source: Publisher Page)

“Perhaps no Indian master has more deeply influenced the development of Mahāmudrā in Tibetan Buddhism than Maitrīpa, whose writings on nonconceptual realization are at the core of great seal theory and practice. And no modern scholar has mastered Maitrīpa’s works as thoroughly as Klaus-Dieter Mathes, who presents us here with a lucid account of Maitrīpa’s life and ideas and reliable translations of all his significant works. This is the book on Maitrīpa that every serious student of Indian and Tibetan Buddhism in general and Mahāmudrā in particular has long awaited—and now has a chance to own.”—Roger R. Jackson, Professor Emeritus of Asian studies and religion, Carleton College

Email us to contribute
Site Guide
To top
Retrieved from "https://buddhanature.tsadra.org/index.php?title=Books/Maitrīpa:_India%27s_Yogi_of_Nondual_Bliss&oldid=58839"
Categories:
Buddha-Nature